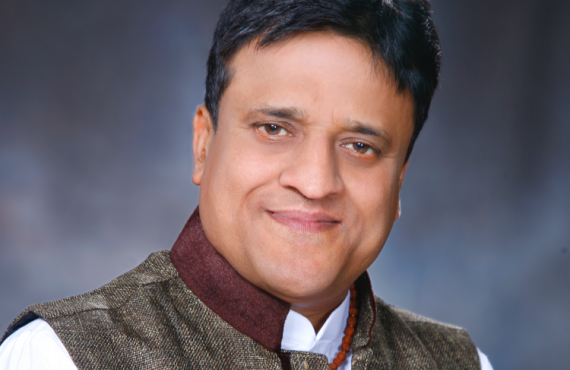 Naveen Kumar Gupta is the embodiment of traditional Indian System of Medicine. He was born in 1960 in Delhi and started studying Ayurveda at University of Delhi when he was 16 years old. In 1983 he received his well-deserved graduation degree, Bachelors in Ayurvedic Medicine and Surgery B.A.M.S. with Honours and distinctions in all clinical subjects. In 1984 the Central Council of Indian Medicine awarded him the titles “Vaidya” and “Acharya”.

While the first one – “Vaidya” – refers to all certified Ayurvedic Doctors, who are practicing the Ayurvedic System of Medicine and Surgery, the second title – “Acharya” – is given only to people recognized as Mentors, Gurus, Masters, Lecturers and Emiretus Professors in the Holistic approach towards Health.

Acharya has a profound knowledge of the classical Ayurvedic texts. Acharya is a Sacred Ayurveda Herbalist and formulates complex multi-herbal remedies derived from Himalayan medicinal botanicals as per Ayurvedic science, Clinical Studies, Survey of Available Clinical, Pharmacological and Safety Data.

Vaidya Gupta was a private and personal Ayurveda physichian to the then Prime Minister of India Shri Atal Bihari Vajpayee, and also to H.H. Dalai Lama and Mr. Nelson Mandela.

Acharya specializes in Nadi Vijnana - Pulse diagnosis, Marma Shastra and Panchakarma therapy. He is also a Transcedental Blissful Meditation teacher, a soul-centered Astrologer and Relationship Counselor using principles of Astro-cartographism of Jyotish Veda. His understanding of the ancient Vedanta philosophy of Cosmic Consciousness and Eternal Nature (“Purusha - Prakriti” in Sanskrit) brings an innovative look towards the health challenges of our modern age. Acharya uses his in-depth schooling and research work in his practice in the holistic health field. His affectionate and kind attitude towards all his students and patients has won their love and respect.

"I don’t desire lordship over others, nor do I aspire for heavenly pleasures, nor do I pray to be released from the bondage of birth and death, my only ambition is to become an instrument of relieving the sufferings of those who are groaning under the scourge of one or the other disease." This is the motive by which, practitioners of Ayurveda are perpetually guided.