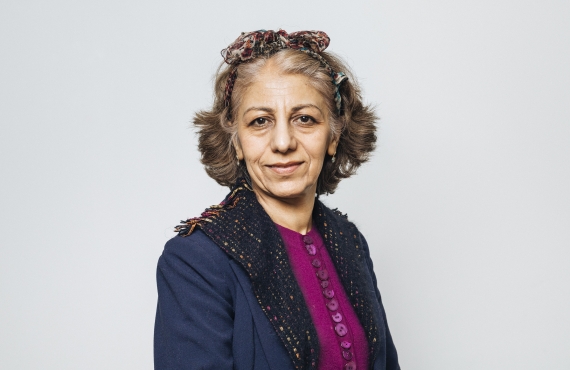 Mahin studied acupuncture and alternative medicine after practicing for 17 years as a member of the Faculty of Nursing, Midwifery and Public Health at the University of Tehran in Iran. At Tehran University Mahin researched and defended his thesis on the theme of "Holistic Health for Beauty and Wellness".

Mahin gained a great deal of experience in Chinese medicine through knowledge transfer thanks to the outstanding Masters she has followed in China and Shri-Lanka.

Mahin has achieved many successes in the treatment of multisystemic complex pathologies such as psoriasis, paralysis, depression, etc. In addition, she specializes in aesthetic acupuncture.

She is currently chosen as President of the Swiss branch of Medicina Alternativa Europe and is involved in many international conferences on the topics of wellness and public health, including the International Congress on the Welfare of Women in India in 2009, that she presided.

2016 - today : TCM Acupuncturist in her private clinic and at TMed (Switzerland)

The therapies proposed by Mahin Abbasi Bafghi at TMed :