Mother and Child Health: The Vision of Traditional Medicine

The relationship between a mother and her child is one of the strongest bonds that exist. According to Traditional Medicine, this bond is particularly strong until the age of 12. The appearance of an imbalance in the child is often influenced by the mother's health.

Indeed, when the mother has a health problem or an emotional imbalance, the child's energies will be influenced. Sometimes, child's body will somehow "absorb" this problem, which can cause an imbalance or an illness. If, on the other hand, it is the child who has a health problem, especially if it is a girl, it is often that the relationship with the mother needs to be re-established.

In Traditional Chinese Medicine (TCM), it is recommended to take these kinds of factors into account. If a mother or child is feeling unwell, therapists ask for more information about the child's environment. If a problem is detected through a mother-child relationship, then they should be treated together if possible.

If treated quickly, the child's equilibrium can easily be re-established because his or her energies circulate more quickly, as their channels are not yet well established. To remedy this, there is the pediatric tuina, a method derived from Chinese Medicine, which allows treating children in a gentle way with massages and without resorting to acupuncture.

At TMed, Pediatric Tuina is practiced by therapists Ms. Shi Sujie and Mr. Ambroise Munier. After a diagnosis of your child's condition, the therapist will be able to find the cause of the problem and determine if you also need to be examined. 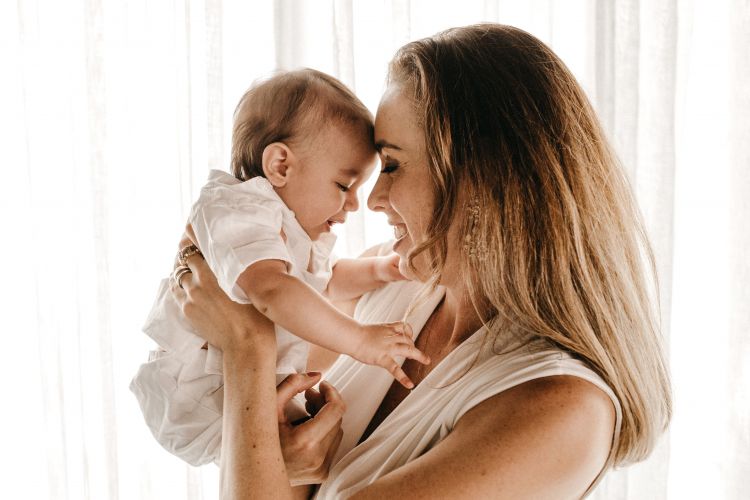 For example, one of our patients, a young mother overwhelmed by her role of mother and her work, is constantly stressed. Her six-month-old daughter suffers from insomnia and digestive problems. During the first session of pediatric tuina massage with Shi Sujie, the therapist gently massaged the child's acupressure points to stabilize the energy flow. The therapist also showed the mother the points she could massage at home. In addition to her work with the child, Shi Sujie was able to explain to the mother how her emotional state influences her child's health and well-being.

Following the therapist's suggestions, the mother decided to spend more time taking care of herself and had a few massage sessions at TMed. At the same time, she continued to take her daughter to Shi Sujie and especially to apply simple gestures at home to massage her daughter.

One month later, the mother told us that her daughter's sleep was much better, as were her digestive problems. On her side, the mother was able to regain her calm and felt good.

Senior health: when and how to take care of your health capital?

We only have one life... but it will be much more enjoyable if we are in good health. So we might as well take care of it now to preserve our health capital in the long term! In this article, we would like to introduce you to the benefits of

Acupuncture is a safe, natural, non-chemical support recommended for pregnant women during pregnancy and the postpartum period. Acupuncture sessions help relieve the many symptoms of pregnancy: nausea, fatigue, back pain, discomfort and mood swings.